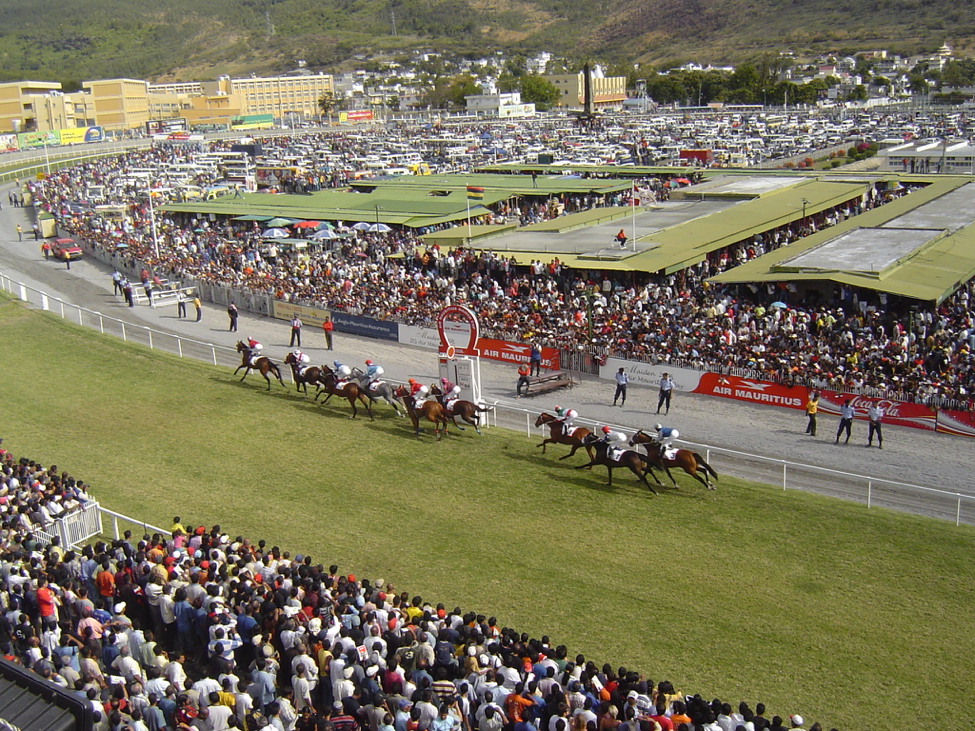 Published on July 6, 2017 by Mauritius Direct

Horse racing is very popular in Mauritius and take over the week-ends of many ‘racegoers’.

The Champ de Mars Racecourse is a horse race track in Port Louis, Mauritius. It was founded on 25 June 1812. The main road leading to it is a landmark known to racing enthusiasts as “Rue Governement”, Champ de Mars racecourse is nestled at the foot of lovely hills.

The Mauritius Turf Club is the oldest horse-racing club in the Southern Hemisphere and the second oldest in the world. The horse racing season usually starts in March and ends in the first weekend of December.

With an average of 8 horses per race (some may even go up to a maximum of 11 horses), about 60 horses participate on each racing day. Most of the horses come from South Africa, although some are also acquired from the UK, France and Australia, thereby boosting competition levels.

Mauritius Direct offers several Villas for rent in Mauritius. Check it out here.

The Champ de Mars track follows a very selective right hand oval path. It is 1298m in circumference and 11m to 13m wide – it is a relatively small track. Races are run on distances from 1000m to 2400m. A maximum capacity field of eleven horses is allowed to race on the track.

Four “classic” and four “semi-classic” races are run each year during the racing season. Recently a few Group Races have been added to the list. The most popular event remains The Maiden Cup, tradionally run over 2400 metres. The first “classic” race of the season, the Duchess of York Cup, is held at the start of the racing season and is reserved for newly imported horses. “Classic” races draw large crowds to the Champ de Mars.

Today, the Champ de Mars attracts tens of thousands of people on each racing day during the racing season from late March to early December and has become the ultimate meeting place for racing fanatics from all over the island and even from abroad.

Since horse racing is the most popular sport in Mauritius and a lot of the islanders are passionate about it, you can expect to have an average of 30,000 visitors on a raceday. The electrifying ambiance and the enthusiasm on race days is an amazing, palpable experience.